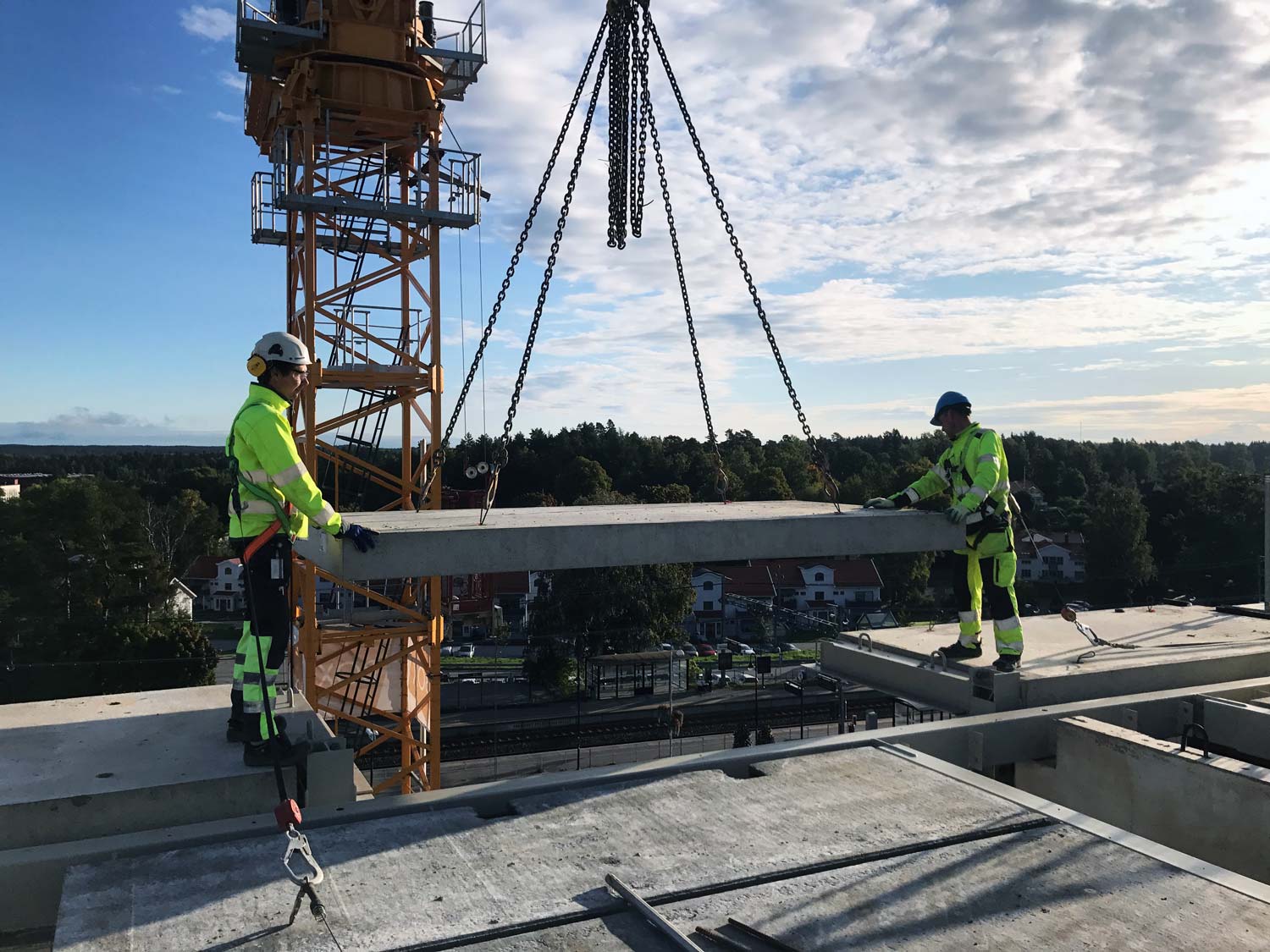 We produce both single- and triple-layer wall elements, also known as sandwich panels, which are already finished and furnished with thermal insulation.
Sandwich panels
- a non-bearing exterior layer has been hung by stainless steel anchors to the bearing interior layer
- the facade surface is formed against a smooth steel mould. More frequently used types of finishing technique of the facade layer are as follows: mould surface, brushed surface, washed concrete surface, rolled surface, coloured concrete surface and impregnated surface
- as a rule, the interior surface is finished manually by steel rubbing (glossy finish, surface smoothing manually with a trowel) or using a paint roller (semi-gloss patterned finish done with a paint roller)
TAM-Panels
TAM-panels, also known as prestressed concrete panels, are used in construction of intermediate floors and roofing. There are oval or round longitudinal voids inside the panels which substantially reduce the weight of panels and thus the pressure on the load bearing structures.
The use of TAM-panels is regarded as a flexible solution which does not restrict significantly the architectural space design of a building.
We produce TAM-panels in four different thicknesses: 220 mm, 265 mm, 320 mm and 400 mm. The length of panels depends on the bearing capacity chart.
02

We produce girders and beams (rod elements) of reinforced concrete and stressed concrete which are used as load bearing and support structures of buildings in construction of residential buildings as well as in construction of public and industrial buildings.
It is just due to the high load bearing capacity and optional length of prestressed rods that it is possible to design concrete buildings with very long spans and flexible space solutions.
03

We manufacture columns with rectangular, round or polygonal cross-sections. They are considered as rod elements which are designed for support of other building elements. Columns also often add value to interior design of buildings.
Diameters, lengths and other data of columns follow from a specific construction project.
04